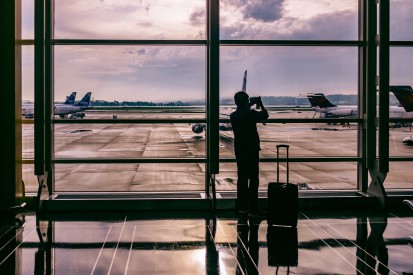 15 Things I Believe (As A Third Culture Kid)

It is common knowledge that Third Culture Kids (TCKs) who have lived anywhere from Botswana to Alaska share countless mutual threads – adaptability, open-mindedness, culture-consciousness, the ability to order coffee in more than one language...we’ve heard it all before. Yet what about our differences in beliefs?  With such vastly diverse, individual and colourful experiences, do the beliefs of TCKs hold any common ground at all? More importantly, do such differences matter?

Rossella Frigerio and Philippa Roberts – two multicultural TCKs who have lived and travelled across practically every continent on the planet between themselves – met through the San-Francisco based mentorship organization, Sea Change Mentoring.

Inspired by a podcast broadcast by an insightful 7-year old kid Tarak Mclain, Rossella and Philippa decided to share their own beliefs first between themselves as two TCKs, and then with the world through this article. Why? To begin to understand whether individual TCK beliefs shaped through vastly different experiences during formative years as children and teenagers hold a common denominator.

The result? 30 beliefs that are each very different to one another, yet at the same time seem to ‘vibrate’ at the same frequency. These beliefs encapsulate particular lessons which Rossella and Philippa have gained through their personal journeys and seem to affirm that although two individuals with distinct third cultural experiences and circumstances will lead to a different set of beliefs, these differences are really just multiple shades of the same colour.

Big deal, you may say. Perhaps. But as TCKs, we should realise that these differences in beliefs – all of which still resonate at the same frequency – are extremely important because they enable each of us as TCKs to connect with different non-TCKs in different parts of the world and across different social strata. Our TCK beliefs are singular perspectives that have been shaped through unique TCK experiences and which have the potential to reach out to differing non-TCKs in differing ways. Some of us may inspire greater open-mindedness, others may demonstrate the importance of celebrating - not fearing - our cultural differences, but ultimately, all of us as TCKs have the potential to inspire changes in perception, in ways of thinking and – ultimately – lead to positive change around the world from the ground up.

Rossella Frigerio – The Mentor – Age: 32
Part Italian and part Maltese, Rossella was born in Italy and grew up in the island-state of Singapore. Following her legal studies in London and Florence, her professional and personal path led her to live everywhere from Milano to Bali. An entrepreneur with a passion for education, she loves delving into antique markets and dark chocolate, and can order coffee in English, Italian, French and Chinese.

I have been blessed with a culturally rich childhood, which was spent travelling greater parts of the world and connecting with humans from all walks of life. As my life has unfolded into adulthood, I have come to believe…

…that a balanced education will change our world for the better. When we give a human being the opportunity to make informed choices about their life, we give them the single most powerful tool which has the ability to radically alter the direction of their growth.
…that although we all look different, speak different languages and hold different beliefs, we all ultimately want the same things: love, stability, happiness.
…that nature and travel are two of our greatest life teachers.
…in simplicity. Our most gratifying human experiences are often the most simple ones – laughing, eating, loving, sharing stories…bringing this spirit of bare authenticity with us wherever we go and applying it across all aspects of our lives will ultimately lead to greater contentment.
…that one of the best things a TCK can do in life is to share their unique stories with non-TCKs and inspire a global mindset.
…that true love always survives time and geography.
…that a smile is the most powerful of human gestures.
…that each and every one of our actions has the potential to inspire others, because every single action causes a reaction.
…that negative experiences are the soil in which seeds of positive lessons are sown.
…that we should hug, kiss and laugh as often as possible.
…in substance over form, in spirit over material wealth, in action over words.
…in trying to be as fully present as possible in each moment. With technology draining so much energy from our everyday lives, it’s important to try and bring out attention into focus in a conscious manner – let us remember that we are humans, after all, and not machines.
…that life is a boomerang and that nothing is truer than the saying ‘You get what you give’. As Albert Einstein once said, ‘Everything is energy and that is all there is to it. Match the frequency of the reality that you want and you cannot help but get that reality. It can be no other way. This is not philosophy. This is physics.”
…that the cure to boredom is realizing that just being alive and conscious gives you the power to make exciting choices.
…that each day, we should stop, disconnect and marvel at the sky for a few minutes. Reminding ourselves just how physically small we are compared to everything around us helps put everything in perspective.

Philippa Roberts – The Protegee – Age: 20
Philippa is dual United States and British citizen, who was born in France, raised in Belgium, currently resides in Canada, and attends university in America. She has always attended international schools and been in the TCK environment. Attending university in America has really opened her eyes to the TCK life that she previously led and the experiences that that had to offer. She is finishing up her third year at Muhlenberg College, where she is working towards her degree in International Studies.

My life as a TCK has been spent living, studying and growing up between Europe and the States, and as I have experienced life as a TCK, I have come to believe…

…that your accent doesn’t always represent where you are from. Growing up with parents with two different accents, and attending a school where there were 72 different nationalities, my accent became a weird morph of all of those accents and often people get confused when they hear me speak. I am always being asked if I am Irish, or Scottish, or Australian, even oddly enough once Arabic? My accent does not represent where I am from.
…that it is not always easy to define where home is, and that that is okay.
…that the question “Where are you from?” has different meanings and most people don’t realise what they are really asking. This question could mean where you were born, where you were raised, where you have citizenship, where your parents are from, or where you currently live. For most people, they have the same answer for all of those definitions, but for TCK’s they are all different countries. I personally have 5 different countries to answer each of those definitions. People often don’t realise which question they are really asking when they ask the dreaded question for a TCK ‘Where are you from?” In short – we don’t know.
…that experiencing and exploring the world is the best education.
…that having friends around the world is the most powerful and connecting thing.
…that having friends around the world is also the hardest thing.
…that Skype can be your best friend.
…that Skype can also be your worst enemy.

Skype is the glorious invention that allows you to speak to said friends and family! My parents and siblings and high school friends all live in different countries to me. My prime communication with them is through skype. It is a genius contraption that allows me to see them, even though it is not in person. It, however, does have it many faults still. I can’t even count the amount of times that I have been talking for about 10 minutes, telling a story, before I realise that the person on the other side is frozen and has missed the whole thing and I have to retell it again.

…that you don’t always know your own language. Moving to America, I was amazed by the amount of differences our languages had. I grew up with an American mum, and spent every summer in America, and so I thought I had known the differences between British English and American English, but still to this day, three years later, I am saying things that my friends here result in staring at me with weird expressions and I have to figure out which word I just said that they didn’t understand.
…that growing up in an international environment makes you more independent than most people your own age, without even realising it,
…that what is normal to you isn’t always normal to somebody else, and vice versa.
…that it is important to own a passport.
…that with every goodbye comes another hello.
…that working and interacting with people from different backgrounds is the best environment to be in.
…in accepting everybody for what they have to offer and taking the time to appreciate what that may be.

What we realised from this comparison of beliefs as TCKs is that our perspectives are built upon common ground that sees travel as education, tolerance and acceptance as cornerstones of our TCK identity, whilst differences are often the fruit of our individual life experiences. These differences in belief are to be celebrated, because it is these very differences that amplify the positive influence of TCKs not just within their own third cultural communities but – more importantly – outside of them.

This article was contributed by Rossella Frigerio and Philippa Roberts. Each week, they connect from their respective corner of the world to discuss and explore key themes that ​define the core identity of TCKs. Together, they explore how these themes affect lives in practice - not just their own, but also of those around them.