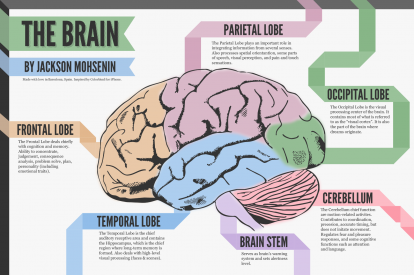 Blame It on the Brain : The Pivotal Role of Biology in Explaining Economic Behaviour

As human beings, we generally attribute behaviour to intrinsic qualities such as when when we blame someone’s failure to succeed in the job market on their incompetence rather than the recession. This means that we rarely give thought to the ways in which our physiology and biology determine how we act in specific circumstances due to our inability to comprehend its impact without scientific knowledge. Neuroeconomists would consider this a fundamental misunderstanding. This article will explore the biological origins of behaviour beyond the more common understanding of environmental or cognitive influence.

With the persistence of evolution, humans have developed frontal lobes that are responsible for higher-order thinking such as decision-making that operate alongside the primitive part of our brain known as the limbic system. This newer addition to our cerebral hardware (brain) allows us to weigh our choices by using our intuition rather than just emotions. This is the basis for Antonio Damasio’s “somatic marker hypothesis” in which he suggests that our frontal lobes allow us to place an emotional value on our choices and allow us to unconsciously choose more favourable outcomes. Emotions are often thought to be the source of our compulsion, but scientific evidence suggests that they are an essential part of our rationality due to our brain’s ability to use them positively in most cases. Case studies on individuals who have had to remove their frontal lobe and other parts of the brain associated with emotion due to medical reasons have been shown to have severe issues making decisions as they are unable to use their intuition (instincts) to weigh possible outcomes.

When it comes to deciding between instant or delayed gratification, the animalistic limbic system is responsible for stimulating the desire for the immediate reward, while newer brain structures are responsible for the calculation of trade-offs that consider our deepest values to come to a decision. The development of our neurobiology seems to be in sync with the increased complexity of economic systems as our decisions become more varied. This understanding of brain structure can also explain why we are constantly reminded to work hard to reap the benefits in the long run rather than settle for what we can gain instantaneously with little to no effort in the short run due to the influence the limbic system holds over our decisions. The “reap what you sow”  attitude prevails in capitalism as the person who continues to develop their skills with the hope of gaining access to higher-level jobs will gain the benefit of better pay and expertise in the future while those who settle into their job roles become static due to a lack of development.

Our biology doesn’t just determine our decisions, it also has a significant role in explaining our motivations. Tremblay and Schultz (1999) showed that the larger the size of the reward, the greater the number of neurons that were active in the “orbitofrontal cortex” of monkeys suggesting more a higher drive to win the reward. Other experiments with rats have shown that an increase in the size of rewards increased their speed of reaching their goal suggesting increased motivation. While it is readily assumed that humans have much more complicated reward systems, in reality, we possess the same animalistic drive for pleasure and success as much as we like to think that we have more sophisticated ideals.

While behavioural economics has helped us gain an understanding of our economic behavior in terms of our sociocultural context, biological explanations have often been neglected due to the need for advanced technology that has only been developed in recent years. So what do we do with all this new information and research? At the very least, we should be mindful of how much control our bodily functions have over our lives and appreciate the fact that there are concrete scientific explanations for why people act the way do beyond pseudoscience and theoretical psychology. We should also recognise the many factors that influence individual behaviour beyond one’s character or environment.