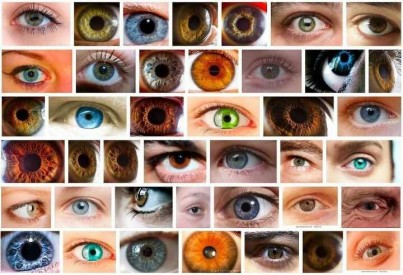 SEE THE WORLD THROUGH THE EYES OF YOUR TEAMMATES

‘From either system’s vantage point, the “other system” could appear to be dysfunctional, unjust, and fundamentally immoral’ (1)

With the promotion of diversity now extending to values as well as traditional demographic variables (2), it is increasingly important for teams to be aware of the inherent biases and viewpoints we all bring to the table. Whilst there are many ways of describing differences between cultures, one simple and helpful concept is that of tight and loose cultures (1). This article discusses the why your teammates may view the world in a completely different way from yourself and how to make sense of this through the concept of tight and loose cultures.

Whilst diverse teams often yield higher levels of innovation and creativity (3), conflict may arise in decision making when two opposing life outlooks come face-to-face. These overarching philosophies that guide our biases and assumptions may affect a decision such as whether to stick supplying a trusted, well selling product or move towards a new, experimental product.

The concept of tight and loose cultures explains that some nations have strong social norms and a low tolerance of deviant behaviour whilst others have much less strictly defined social norms and are much more accepting of deviant behavior (1). Examples of tight nations are Singapore, South Korea, Japan, Malaysia and India whilst loose nations include the Netherlands, New Zealand, Brazil, America and Hungary.

‘Understanding tight and loose cultures is critical for fostering cross - cultural coordination in a world of increasing global interdependence.’ (1)

Your team members from tight (T) cultures are likely to stick to social norms, completing work in a dutiful way without deviating from the expectations of their culture. Nations with elevated T ratings were correlated with higher population density, lower levels of natural resources, less access to safe water, more natural disasters and even a lower protein and fat supply than loose nations (1).

Based on these correlations, it is theorized that tight nations display a strong coherence to social norms due to the need of self-protection... Institutional practices of tight nations are less open to the media, have more laws and regulations, fewer political rights for citizens and have an increased ability to maintain social control than loose nations. However there are also lower rates of murder and burglary and higher rates of attendance to religious institutions (1).

Team members from loose (L) cultures are more likely to be comfortable deviating from what is socially expected (1). It is theorized that this is partly due to lower levels of threat felt by the society. Factors such as the relatively higher availability of resources, lower infant mortality and fewer years of life lost to communicable diseases (compared to T nations) could all account for a lower feeling of threat. Individuals in L nations also have lower levels of impulse control compared to T nations, as there are many different behaviors that could be acceptable in one situation.

‘Individuals in loose nations don’t need to be so careful... they can, if they want, sing, kiss or even curse in public.’ (4)

WHAT DOES THIS MEAN FOR GLOBALIZATION?

It is clear to see that for both tight and loose nations, there are strong examples of economic success – America (L) and Singapore (T), as well as economic hardship – Greece (L) and Turkey (T). Whether a nation is T, L or somewhere in between is something that has evolved over centuries – indeed, one of the strongest indicators of a T or L nation was found to be its population density in the year 1500.

Whether you are from a T or L nation was found to correlate with certain personality traits (such as cautiousness), which can change throughout a lifetime (5). This raises interesting questions about whether our own personal tendency to T or L ways of thinking has room to adapt over time. Whether or not T or L outlooks do or can change, it is clear that increasing your understanding of the two outlooks can be helpful when working in diverse teams, making sense of a company’s strategic decision or even reading the news.

“If one does not understand a person, one tends to regard him as a fool” - C.G. Jung

The Change School has a number of bespoke programs for diverse teams. We help you create and promote an inclusive vision, guide you through our Culture Chameleon approach to cultural intelligence and create a fun and relaxed environment designed to aid vital bonding and understanding across diverse perspectives and backgrounds.